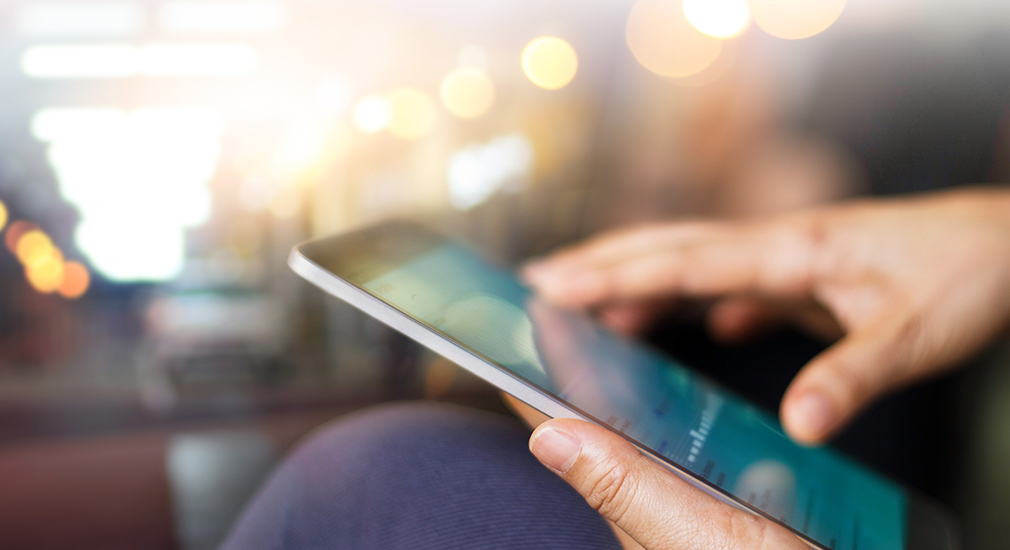 Less than one year ago the iPad mini entered the hand-held device market – to mixed reviews. Some of the journalists who had been so excited about the original iPad have found it harder to embrace the smaller version. Either they took issue with the cost, saying that £269 was too high a price in comparison with the Samsung/ Google Nexus tablet; or they had problems with the touch screen keyboard, which they found too small for anything other than browsing.

We at Crystal had no such qualms, and our confidence in the product has proved well-founded. We have invested rapidly in the iPad mini since February and now boast a fleet of over 650 devices – to meet a level of unprecedented demand. So how is it that the iPad mini has fought-off the dissenters and gained so many fans in the events industry?

One of the key advantages has to be portability. Just imagine an event with an audience of 600, occupying a plenary theatre, five breakout rooms and roughly a mile of corridor – all of which translates to 40 WiFi access points. We ran one such event, and issued iPad 2s to each attendee. The event app comprised over 100 pages and was customised for 30 separate country profiles. It had the ability to receive 10 different session evaluations, 20 parallel voting sessions and five Q&A sessions. It took Crystal 35 days to develop, programme and project-manage the app, which, even by our standards, represented a hefty challenge. And at the end of all of this, we had the soul-destroying experience of witnessing 30 delegates handing-in their iPads before the end of the conference, on the grounds that they were “too heavy”.

It seems that in spite of the fact that many of us are delighted to own a full-size iPad, when it comes to attending a conference, which entails a fair amount of walking around, we don’t want to be encumbered by something of that size, and we don’t have anything to put it in.

You can see this theory borne out by rail travellers using iPads. People use their full-size device when seated at tables, but having the mini extends usability for standing in corridors, crouching down or even sitting on the floor.

And then there’s desirability. In today’s status-conscious world we’re keen to get our hands on the latest technology. We can’t know what the must-have craze will be in 18 months time, but we do know that our clients are currently very ‘into’ iPad minis, even if another equally efficient Android device is less expensive and could do the job just as well.

Functionality is definitely a key factor. Anyone who knows their way around an iPad will find themselves on familiar territory with the iPad mini, which features the exact-same screen resolution, identical processor and even the same battery life as its big brother, the iPad 2. So we’ve been able to transfer all the apps that were previously used to run on full-sized iPads, onto minis, with no difficulty at all.

But what about the keyboard? The presumed drawback with the iPad mini would be the reduction in screen size, but we have already been supporting audience interactivity at events using iPhone and Android phones, as well as the iPod Touch and the Blackberry Curve for the last two years, and we’ve been impressed by the amount of information that has been communicated through these devices. It’s been possible to collect as much as 40 pages of inputted text from a group of, say, 100 delegates.

Now, given that the keyboard of the iPad mini in landscape orientation is the same as that of the iPad 2 keyboard in portrait, our delegates will have no problem in expressing themselves and collaborating on the smaller devices.

The final consideration has to be deployment. iPads have become popular tools even for large events – clients certainly grasped their benefits very quickly – and have ordered them in considerable quantities. But there’s no getting away from the fact that shipping, charging and distributing these devices takes a lot of effort and space. It’s not that long ago that a keypad operator could arrive at an event carrying 300 keypads in a suitcase, together with a laptop in which all the voting software was installed, but iPads are a far cry from all that in terms of spatial requirements. Enter the iPad mini, immediately cutting the space requirement by a half and reducing the amount of on-site support needed. When you factor-in the reduced cost of shipping and the attendant carbon savings, it’s a clear winner.

So we believe, and our clients seem to agree, that Small is Beautiful, and the iPad mini manages tick all the boxes as a highly sophisticated and user-friendly piece of kit. For the moment at least.