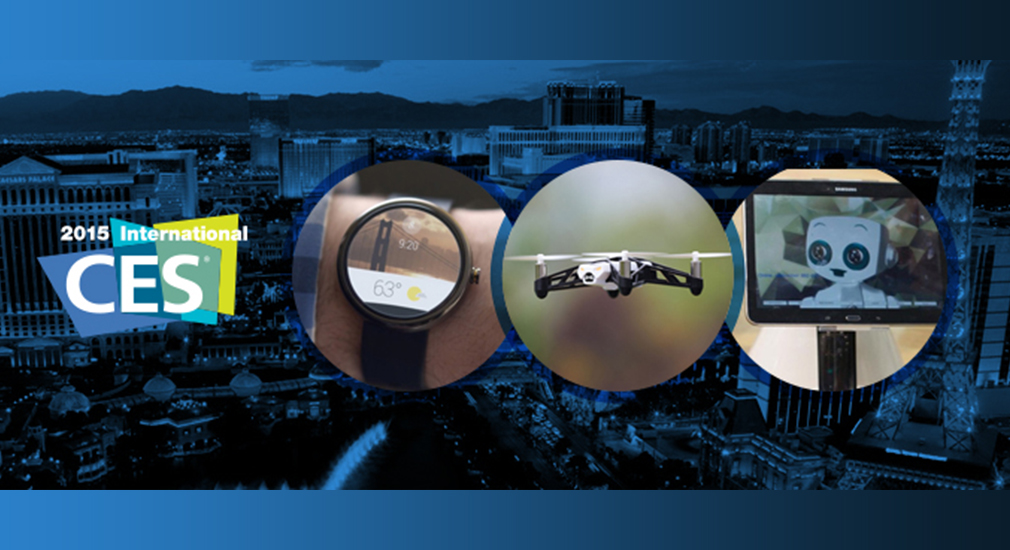 CES is one of the world's biggest technology trade shows, attracting 160,000 visitors to Las Vegas every January.

I’ve taken a careful look at the emerging trends and themes from CES. And considered how those tech trends will change the events landscape.

When my sister received a Moto 360 smartwatch at Christmas, I realised wearables are going mainstream. Watch manufacturers such as Fossil and Tag Heuer are starting to bring new smart watches to market and crucially, making them fashionable.

Many of the exercise inclined have been wearing technology to monitor their health and performance in the guise of fitbits and the like for some time now. Smart clothing is the natural progression and now clothing brands such as Adidas and Ralph Lauren are showing off clothing for monitoring every little bit of an enthusiasts blood, sweat and tears.

Much of the wearable tech available so far has been large, clunky and short on battery life. CES 2015 promises this technology will vanish from sight. Then wearables will be embraced by event organisers and delegates alike. Who wants to carry multiple devices if the tech can be embedded in your wrist watch or clothing which will handle many of the interactions for you.

Just because you are wearing technology, doesn’t mean it is smart or will be useful. Working out how to make sense and analyse the data collected by the device will be crucial.

In the short to medium term, wearables will be useful for sharing notifications, location based real time snippets of event information, sharing contact details, mapping and directions as well as measuring engagement. Longer term, there is potential for wearables to enhance registration, networking, scheduling meetings and team building activities.

Drones are technology with wings set to take off to be a $1Bn dollar market in 3 years. Mini versions of drones, like the Parrot, are now available and relatively affordable.

At events, drones will offer a different perspective on your team building or table breakout activities.  A drone will hover above groups sending a video feed back to the main screen.

During team building activities drones will record the activity from above. Drones could be used as part of the game itself, using the devices as information or resources carriers between groups or individuals.

Home robots are coming, not to take over the world like Skynet in Terminator, but to handle the mundanity of life such as cleaning, tend the garden, help the kids to learn or keep an eye on an elderly person.

Robots take no sick days, no vacations and need no breaks. The FT ran an article this week about the first temp agency for robots.

Robots at events have potential to manage registration, serve drinks, show delegates the way, maybe even speak or participate as delegates. If there’s a robot temp agency now, will robots one day hold and attend their own events?

Some other exciting tech spotted at this year's CES includes:

Rapid Charging: developed by Israeli company StoreDot and backed by the Chelsea FC owner Roman Abramovich. The tech promises a full charge in the same time it takes to boil a kettle. Since mobile devices are hampered by battery stamina, the prospect of rapid charging could make a big difference.

Smart Skateboards: Keep your eye open next Christmas for the latest smart toys being promoted to your children such as the mini drone or the Yuneec E-Go Cruiser skateboard.

Intelligent Cars: Your next new car will be smart and probably be a better driver than you. Apple and Google are battling to dominate the brain of your smarter car.