Inside the Mind of the Delegate 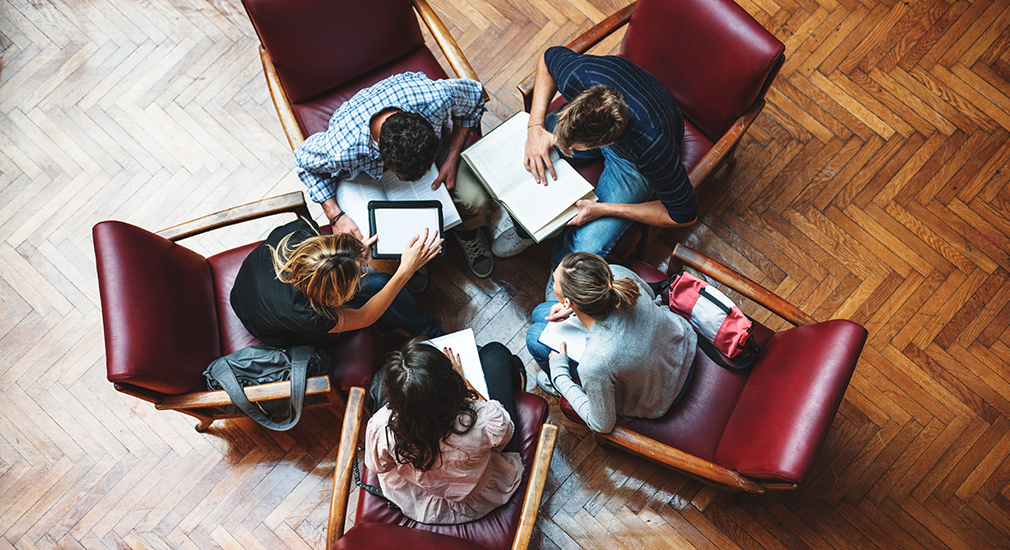 We’re all inclined to assume that everyone thinks the way we do. But the reality is that even in a group of people who seemingly have a lot in common – neighbours, classmates or even family members - there will be a wide divergence of opinions and attitudes on the same topic. Each of us sees the world from our own very personal perspective.

Not surprisingly, in the workplace the same set of circumstances will elicit differing reactions within a group of colleagues. And having supported many hundreds of conferences and meetings, we at Crystal have found this to be particularly evident amongst attending delegates. This person dreads being randomly ‘picked-on’ by the facilitator, while that one is itching to get their hands on the roving mic. One person ‘loves’ the grazing food stations; another laments the lack of restaurant seating. Which is how a set of post event questionnaires can include evaluations of ‘informative and educational’ as well as ‘dry and tedious’ for one and the same conference. Such responses stem from each individual’s personality blueprint, and will influence their overall engagement with the event.

So - understanding and accommodating such a wide range of personality drivers is not only critical to engaging fully with every member of your audience, but on a strategic level it’s key to proving your event’s value and ensuring its ongoing viability.

I recently had the opportunity to demonstrate this at The Summer Eventia – the annual conference for professionals working in the events industry: a busman’s holiday for meeting organisers and their partner organisations.

Our audience members were segmented into four recognised personality profiles, and I asked them to put themselves into the mindset of their allotted type (I should stress here that gender is immaterial; the names were selected randomly). So Group One took on the mantle of ‘Karen Conscientious’ – a diligent worker, a great organiser who enjoys preparation, process and detail. This person will become stressed when overworked, being unwilling to compromise on quality and struggling to achieve too many tasks well.

Our second group became the ‘Tommy Teamsters’ – representing a big picture thinker who loves to lead a harmonious team. Detail doesn’t interest this person; they don’t like surprises or impulsive decision-making; they seek consensus, and are anxious to keep the ship moving forward on an even keel.

Then came the ‘Mary Mavericks’ – a personality profile displaying energy, passion and drive. The Marys of this world make things happen; they’re adventurous, fun to be around and have little patience with the steady, considered logic of their cautious analytical colleagues.

Our final group embodied ‘Dan Driven’ – the leader of the gang. This person is a decision-maker and problem-solver who seizes and enjoys responsibility, but often displays insensitivity and selfishness. They are supremely confident in trusting their instincts and less likely to ask for advice or input.

It soon became clear that whatever the overall objective of the event – whether to manage change, for example, to inform, to generate new ideas or to introduce new ways of working - the task of devising a conference agenda that will engage multiple personality types is quite a challenge.

In the session, our groups were tasked with planning a typical conference agenda. They quickly realised that while a surprise outdoor team-building exercise would delight the adventurous Marys and the quick-witted Dans, it could take the Karens of this world out of their comfort zones. Similarly, a lengthy and detailed SWOT analysis could irritate the more impulsive and decisive delegates.

The solution to this conundrum is not about reducing the agenda to a safe ‘one size fits all’ programme – but instead an opportunity to anticipate the reactions and responses of varying personality types and to build-in content that will speak to their individual drivers.

In a recent blog I talked about the wisdom of crowds, and the realisation that a collective response from a group of individual contributors is invariably more valuable and insightful than any single response – even from an expert. In the same way, a creatively-designed agenda will not only ensure engagement from the greatest number of delegates, but will maximise their collaborative powers and involve them all in reaching valuable outcomes that meet the event’s original objectives.

We have found that interaction as an event feature is far more likely to have a net positive impact on delegates than any other aspect of an event, and there are numerous ways of incorporating interactivity into the programme.

So if this has set you thinking about your own next event’s agenda, read our white paper Inside the Mind of the Delegate which can be downloaded by completing the form here.